This new build replacement dwelling is perched on top of a sloping site on the outskirts of a rural village in north Oxfordshire with stunning views over the rolling countryside.

The new house sits over the footprint of an existing dwelling built in the 1960’s which had an odd layout that failed to address the countryside views from the back of the house and its first floor was largely consumed by awkward circulation space.

In contrast, the new house has been designed to maximise views of the rear garden and landscape beyond with full-height openings to ground and first floor, whilst also addressing the streetscape at the front of the house with a striking zinc-clad box projecting over a glazed hall space.

The existing building was taken down to foundation level and the new house largely re-uses the existing foundations, albeit with a two storey extension at the front, a single storey garden room extension to the rear and a garage building with studio above linked to the main house by a glazed bridge link at first floor.

The original proposal was to adapt the existing building but it soon became apparent that it would be more economical to build from scratch off the old foundations using modern methods of construction with a super insulated and airtight building fabric, resulting in a highly energy efficient home.

A cantilevered zinc-clad mono-pitch element clearly defines the entrance to the new home, with a glazed hall leading in to a large, open plan kitchen and dining space that flows in to the garden room projecting out of the rear of the house, offering panoramic views of the landscaped garden and beyond.

The open plan kitchen/dining space spills through sliding pocket doors in to more intimate, dual-aspect sitting and TV rooms at the north end of the ground floor, with a utility room, pantry and guest bedroom suite located on the other side.

A folding metal feature staircase in the centre of the house leads up to a dramatic first floor landing space with tall, vaulted ceilings punctured by large remote-controlled frameless rooflights.

At the front of the house, the double-height zinc-clad ‘box’ overhanging the entrance hall contains a generous study with direct access on to a balcony, sheltered by the substantial roof overhang. The largely glazed façade of this element brings morning light deep in to the first floor plan.

Two further guest bedrooms and the master bedroom suite are located along the rear of the house at first floor providing elevated views over the garden through dormer window and door openings clad in zinc to match the roof. The master bedroom suite is linked via a transparent bridge structure to its own cinema/snug room above the double garage.

The walling to the front of the house is coursed and battered natural drystone from a local quarry to tie the ‘public’ façade of the house in with the predominant walling material used in the village and surrounding area. Textured white rendered walls wrap around from the side gables of the house to the largely glazed rear, producing a crisp elevation below the large area of standing-seam zinc roofing and rectangular dormers. The areas of render and glazing are broken up with timber weatherboarding, drawing on the precedent of agricultural buildings in the vicinity.

Pre-fabricated structurally insulated ‘SIP’ panels form the superstructure of the house and only took three weeks to erect. The SIP panels were then lined with an additional layer of insulation and ‘airtight’ membranes internally to minimise solar heat gains in the summer and reduce heat loss in winter.

After the completion of the main house, Hayward Smart Architects were commissioned to design a gym outbuilding as part of a second phase of the project, which is due to be completed later this year.

The outbuilding has been designed as a pavilion to the main house, continuing the themes of textured render, coursed drystone walling and vertical timber weatherboarding used on the main house in a single storey sedum-roofed structure positioned along the northern boundary of the site. 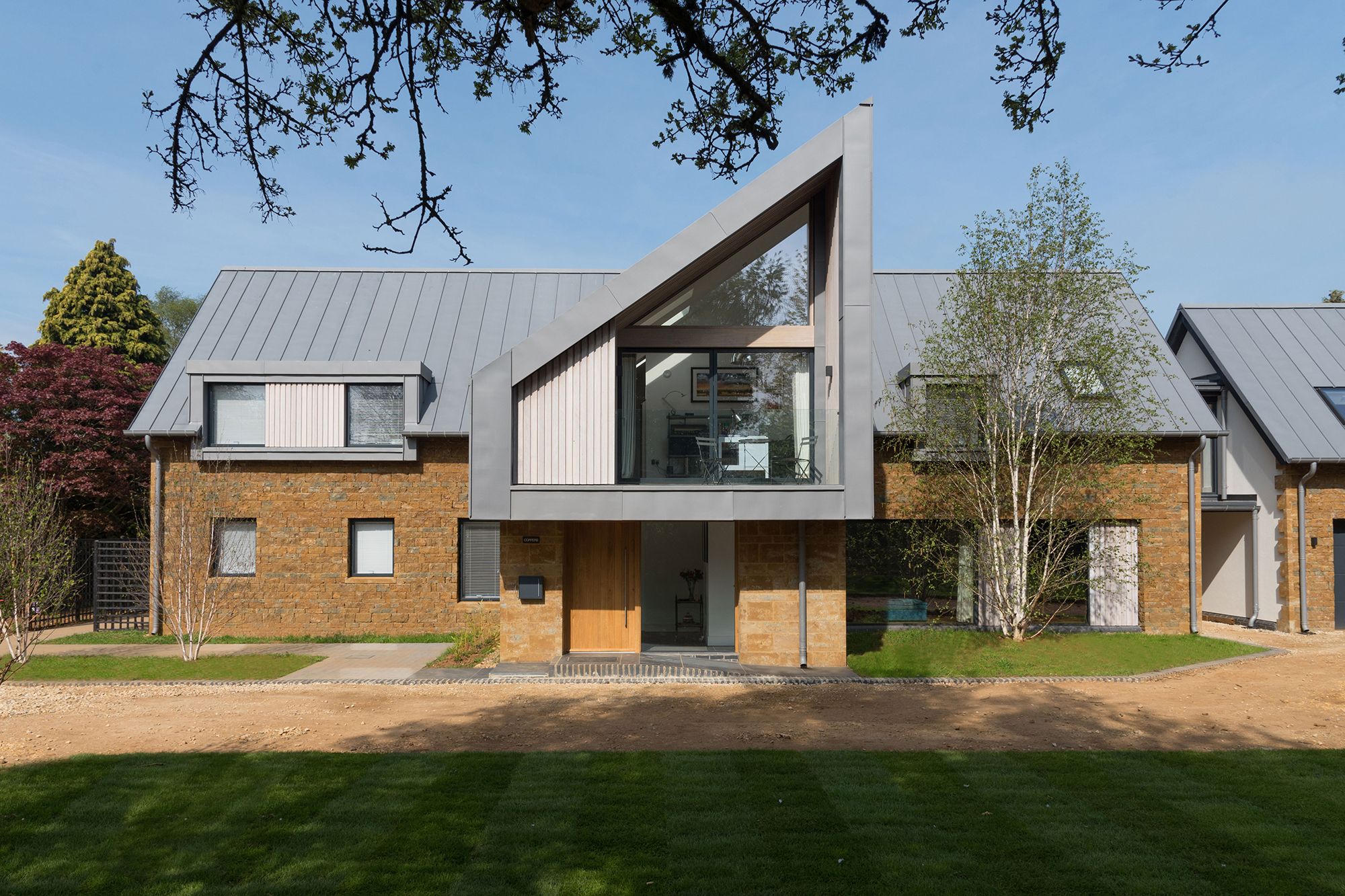 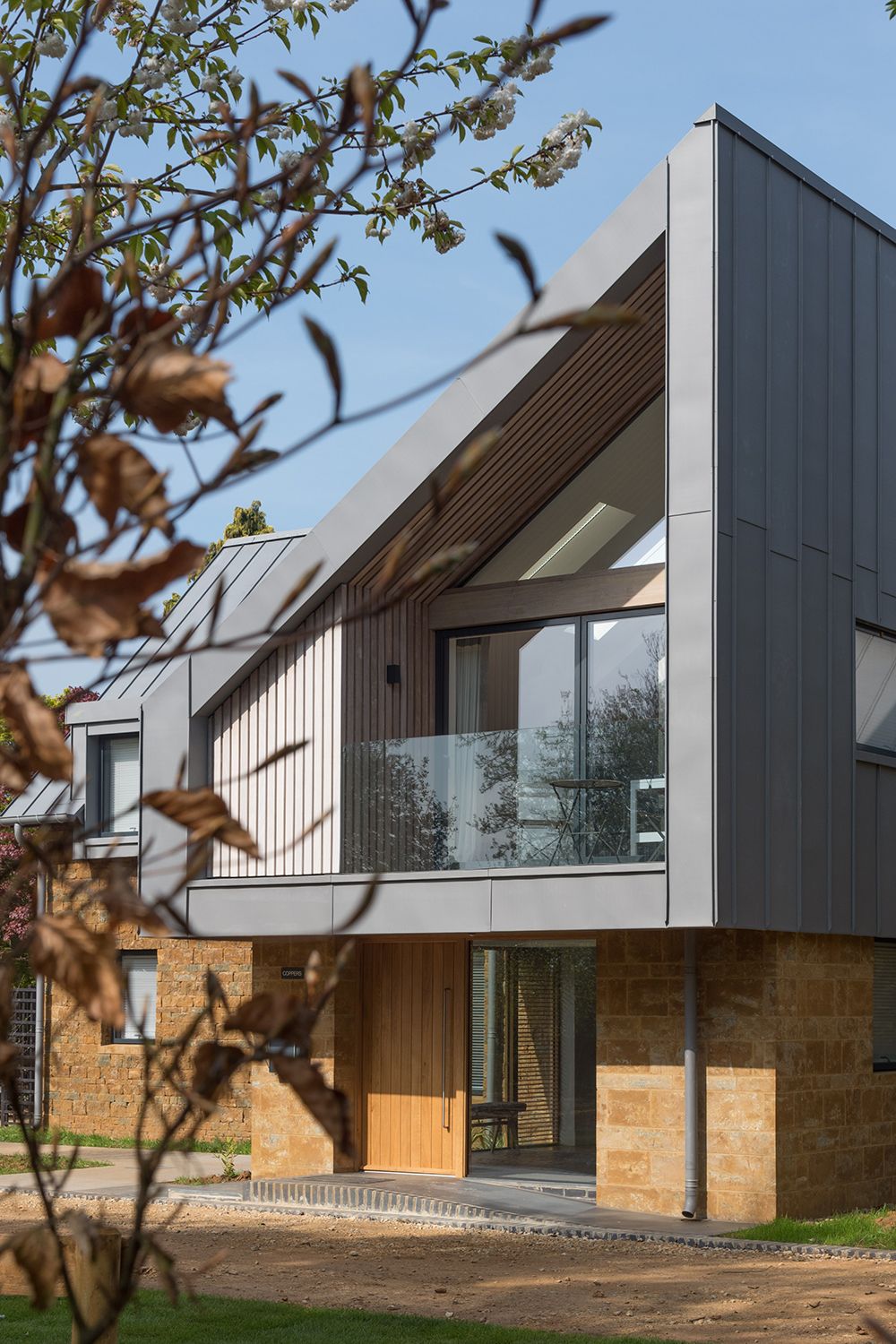 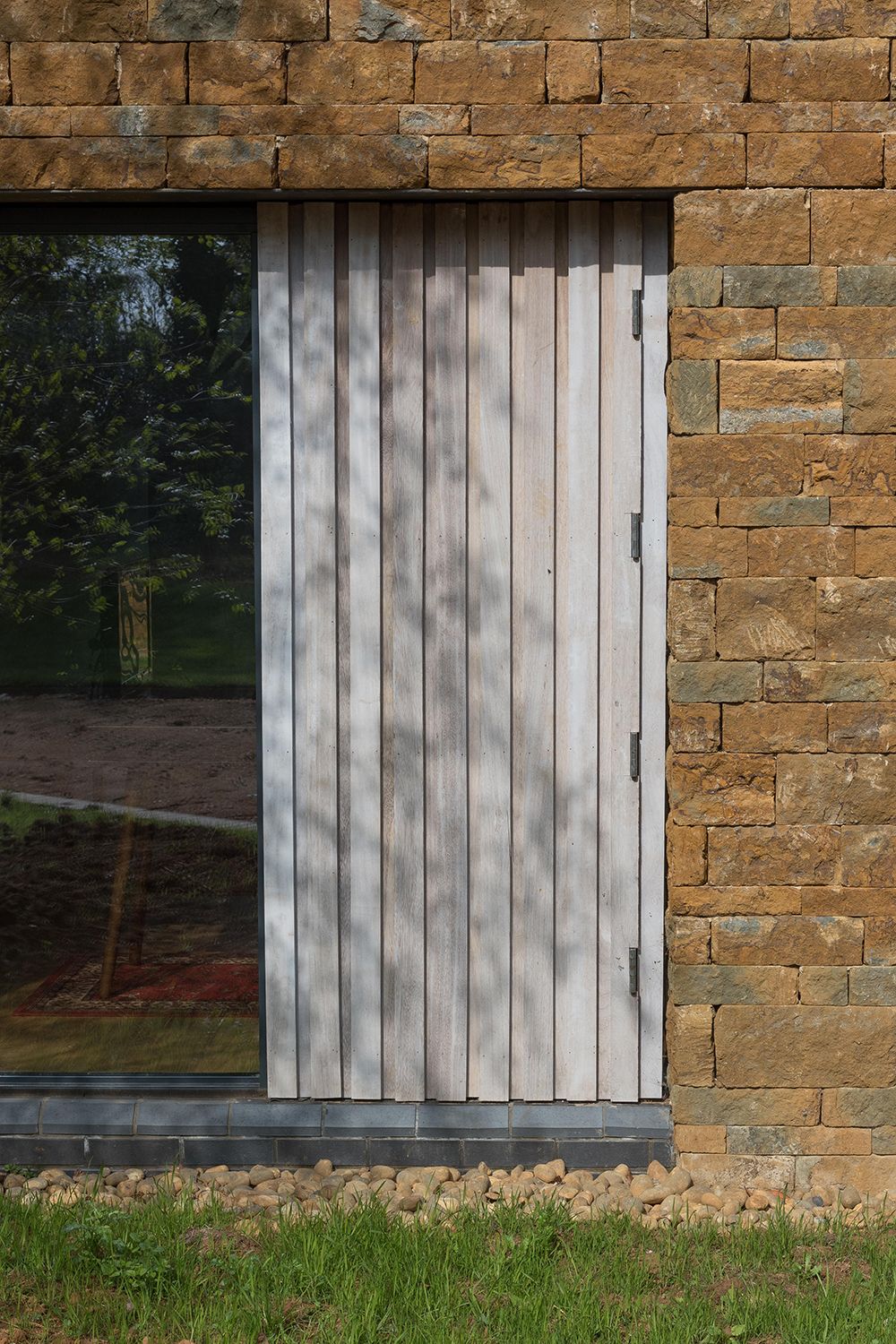 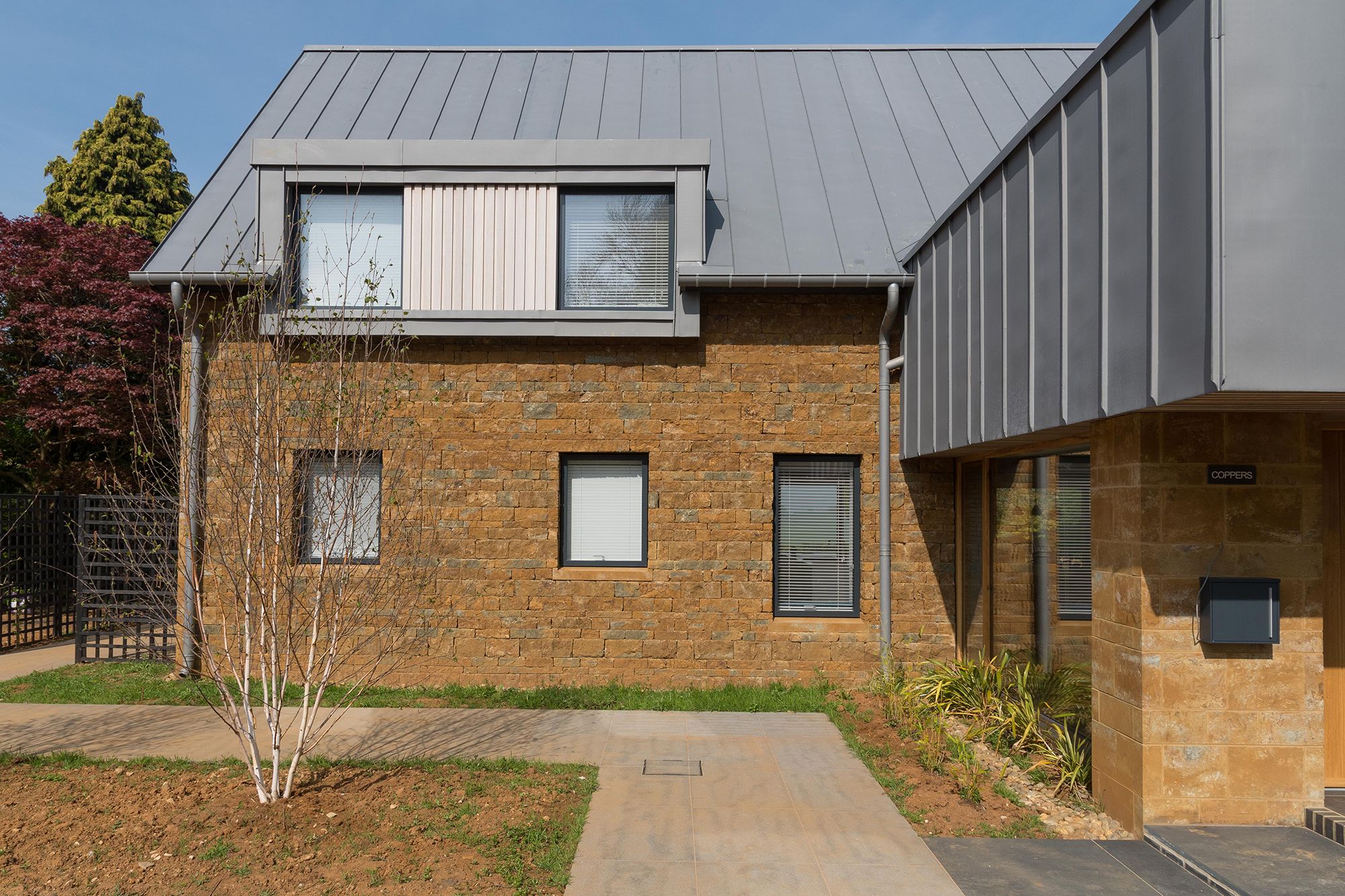 BACK TO PROJECTS PROCESS

If you're inspired to create something unique, please get in touch 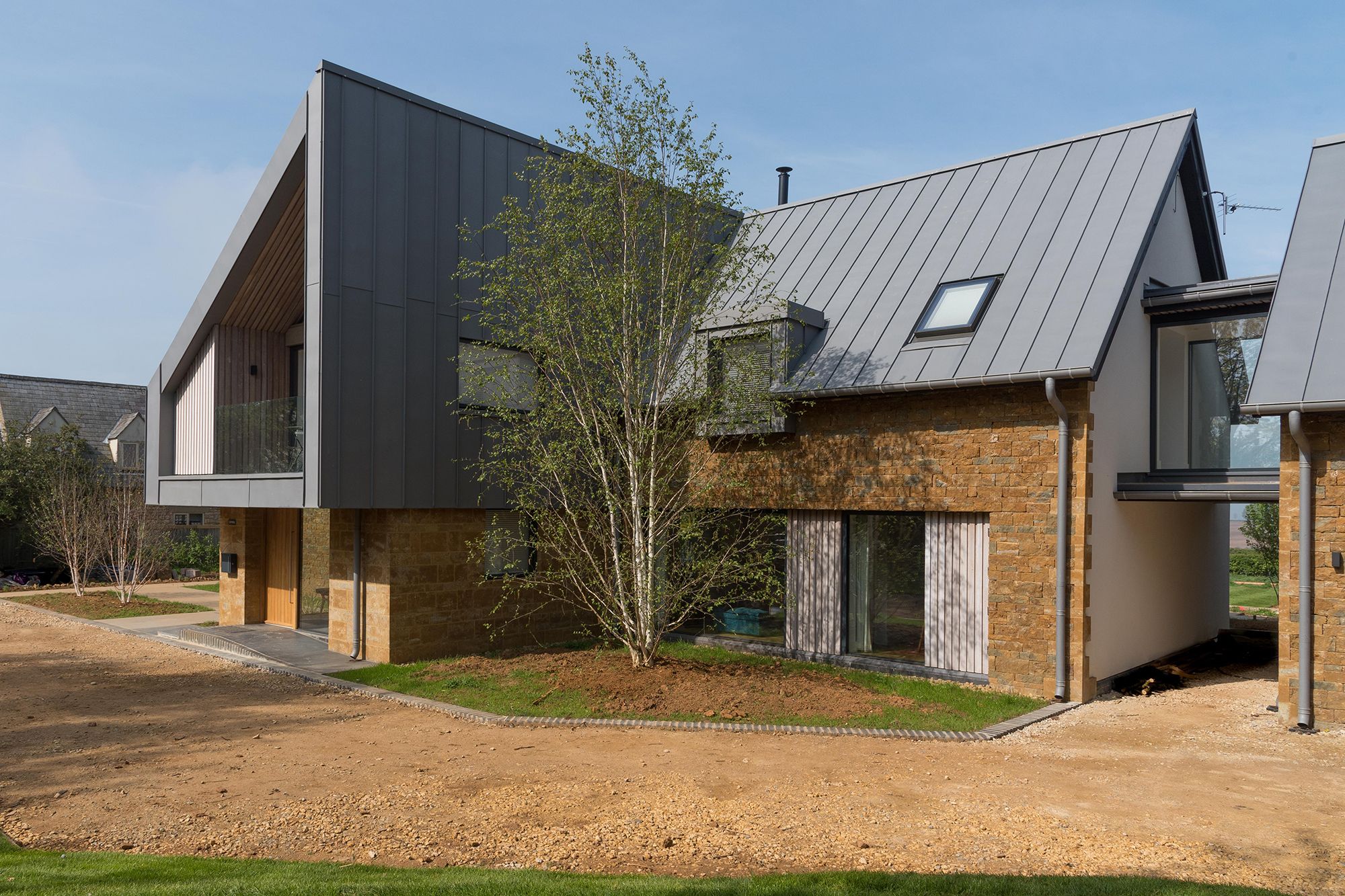 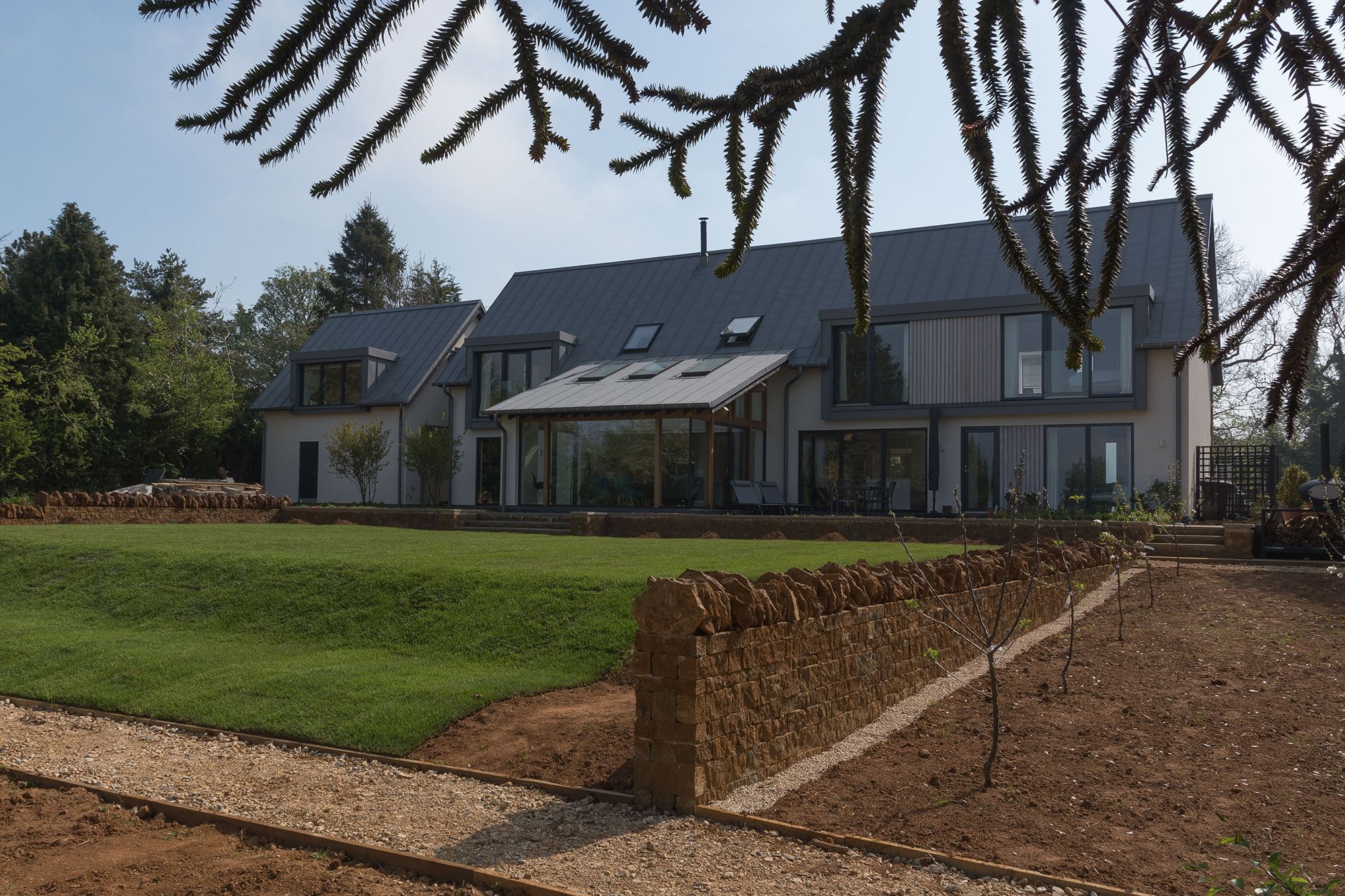 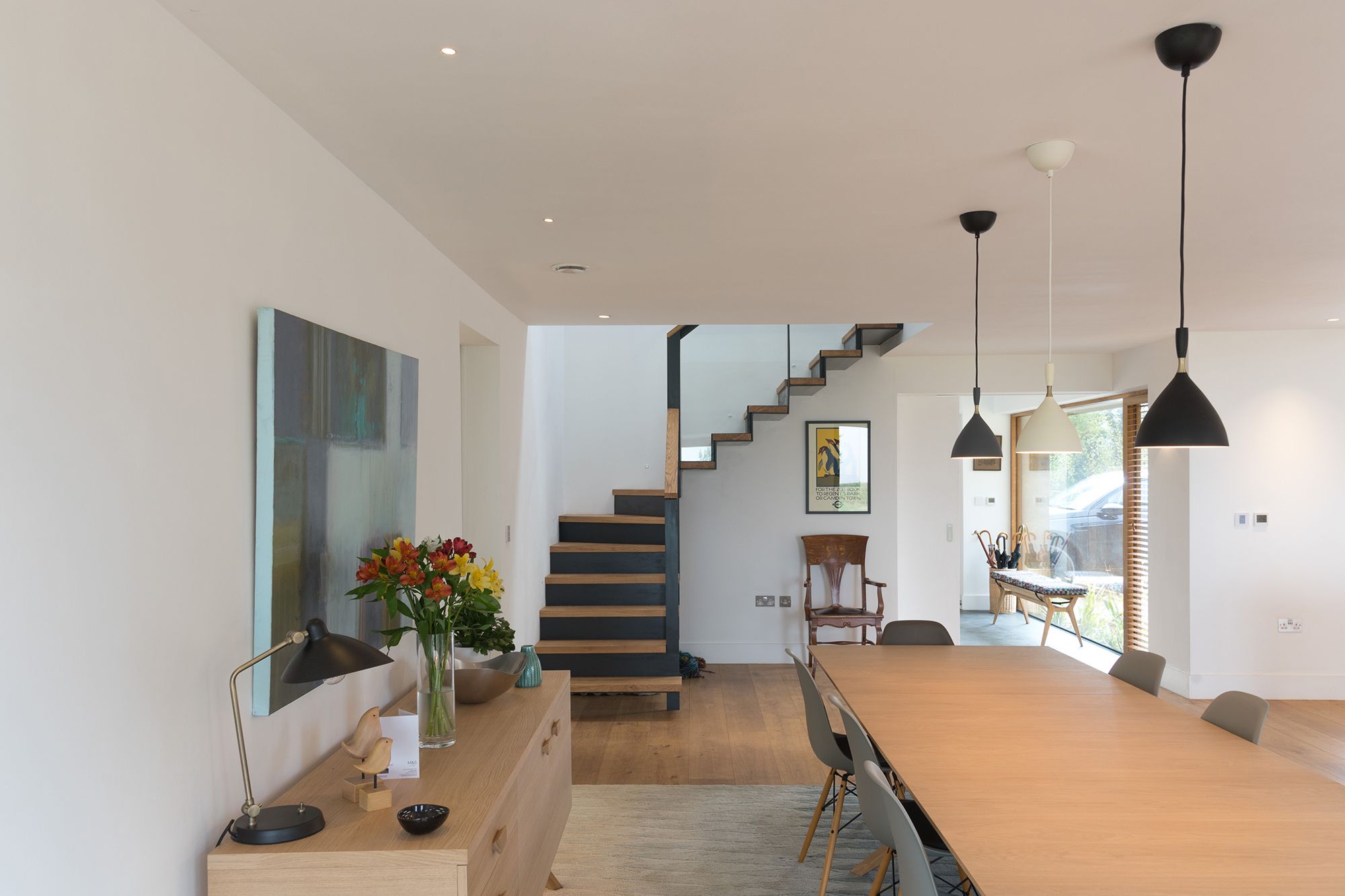 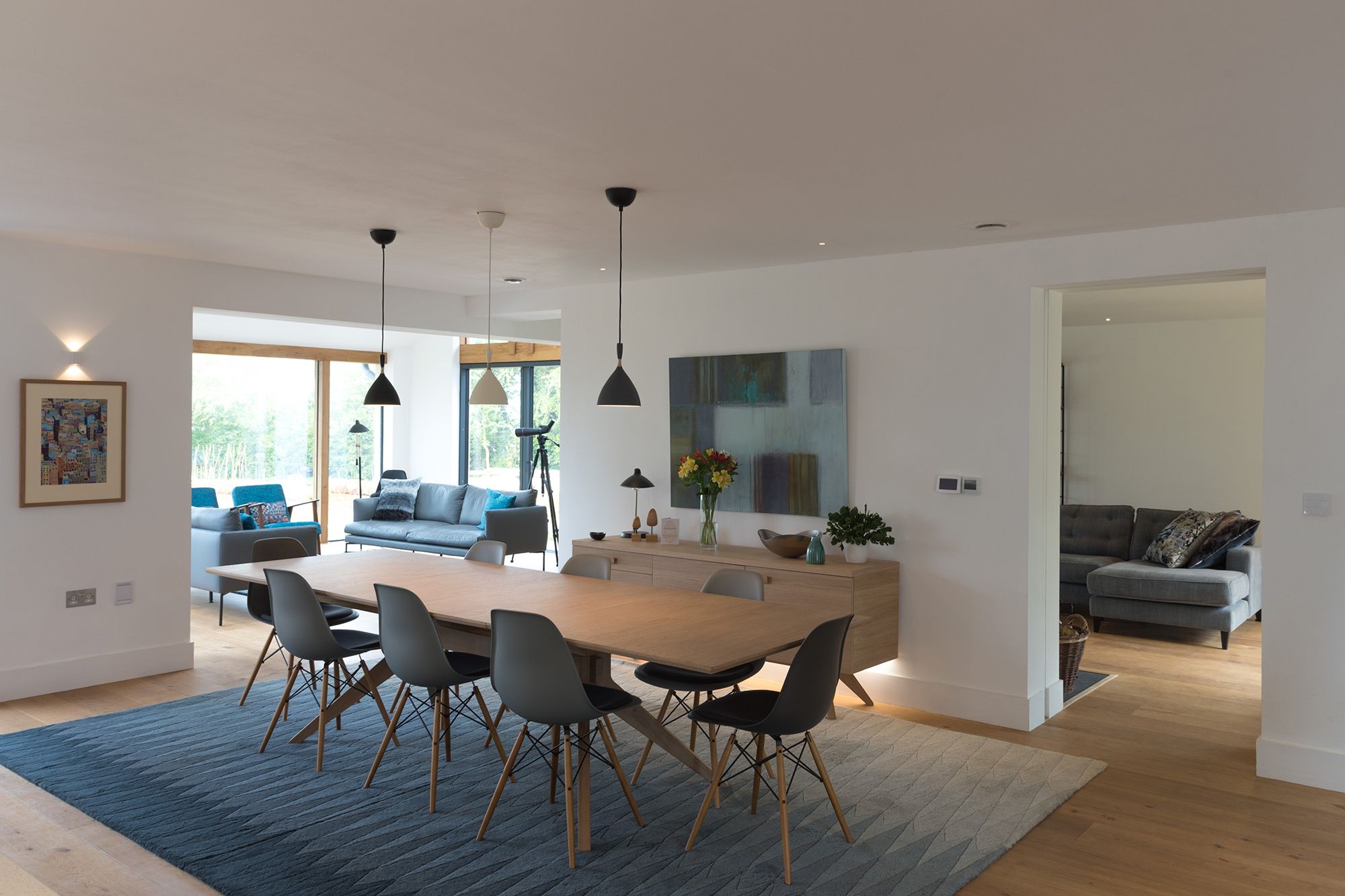 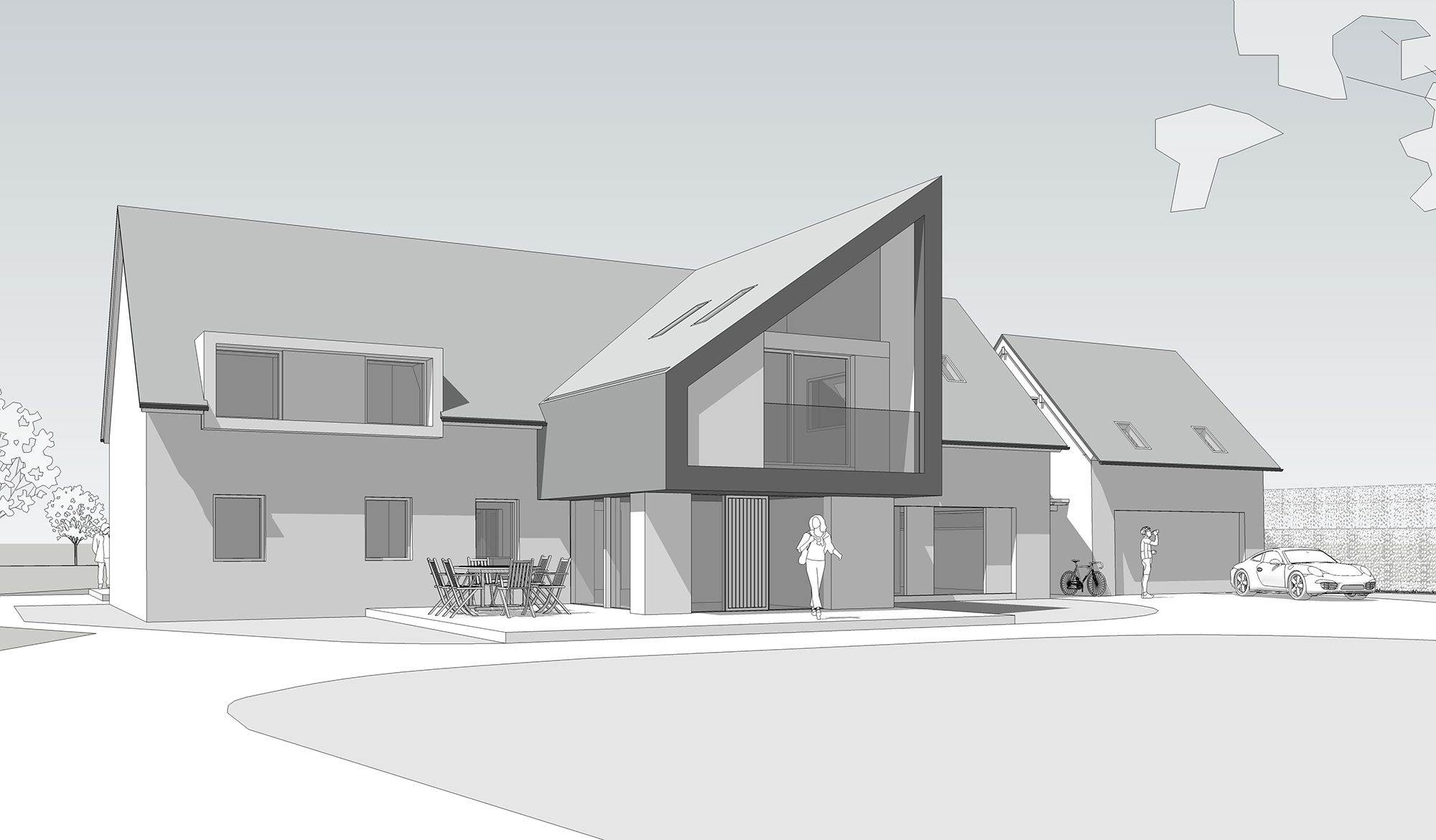 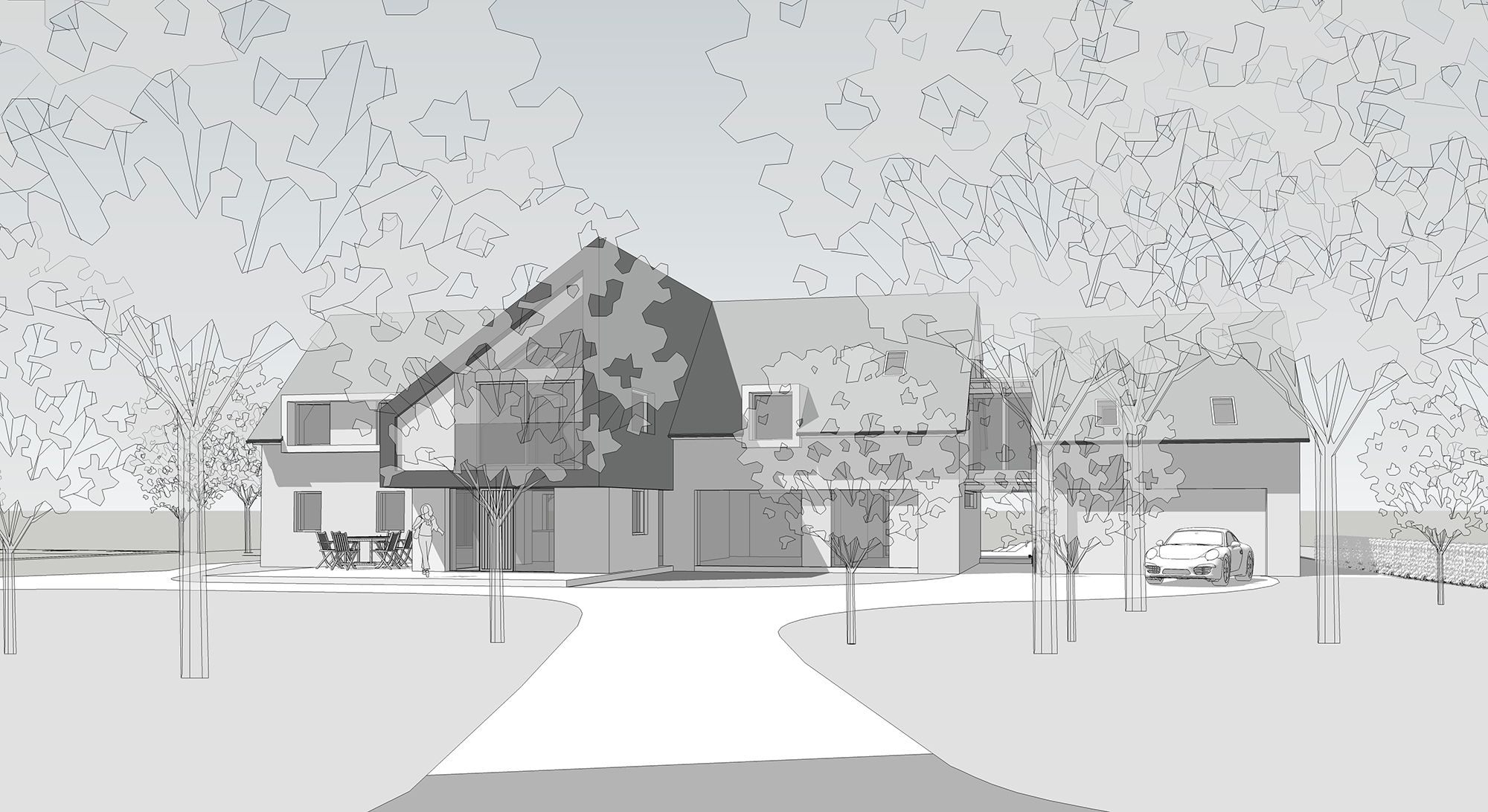 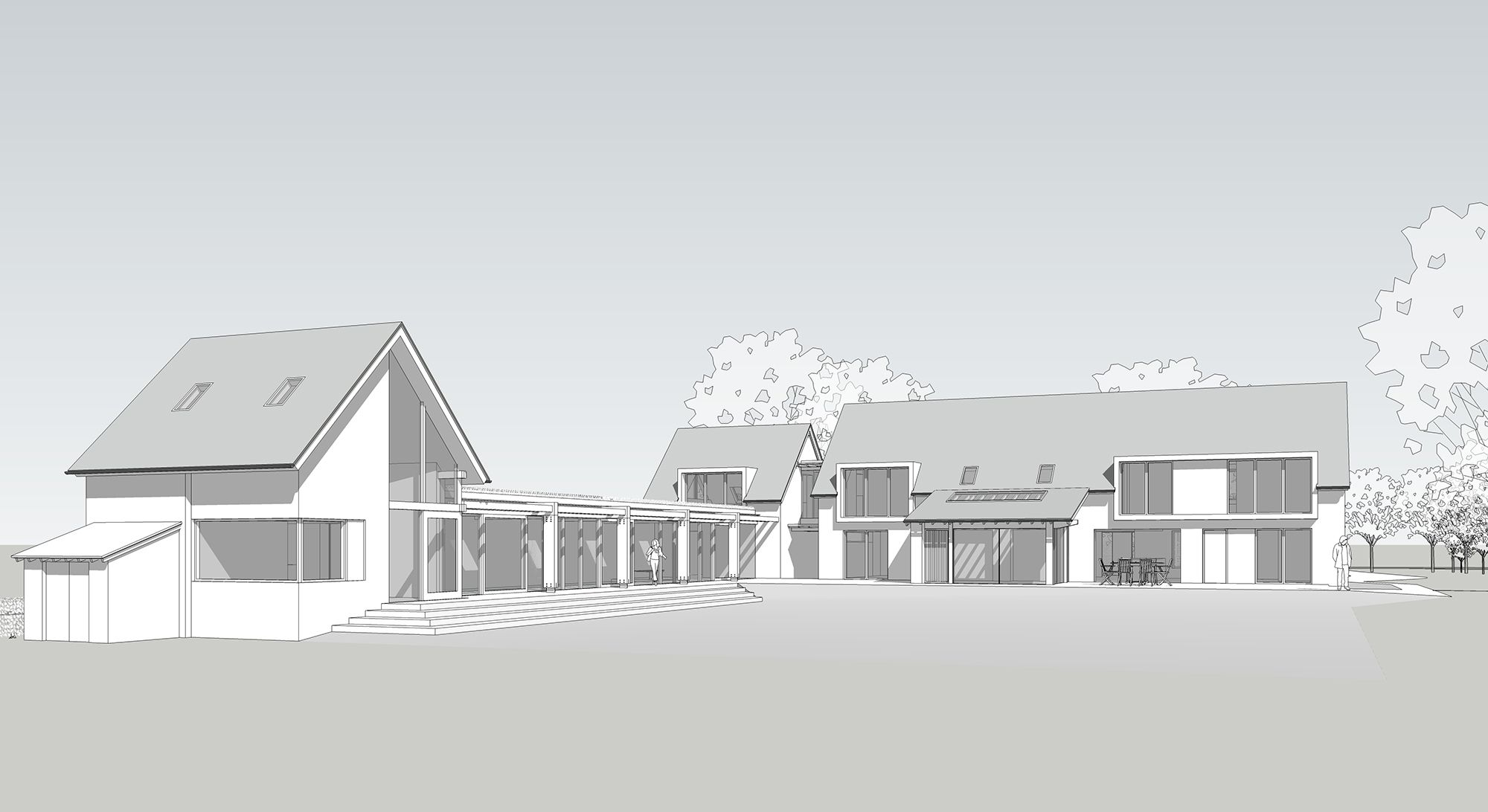 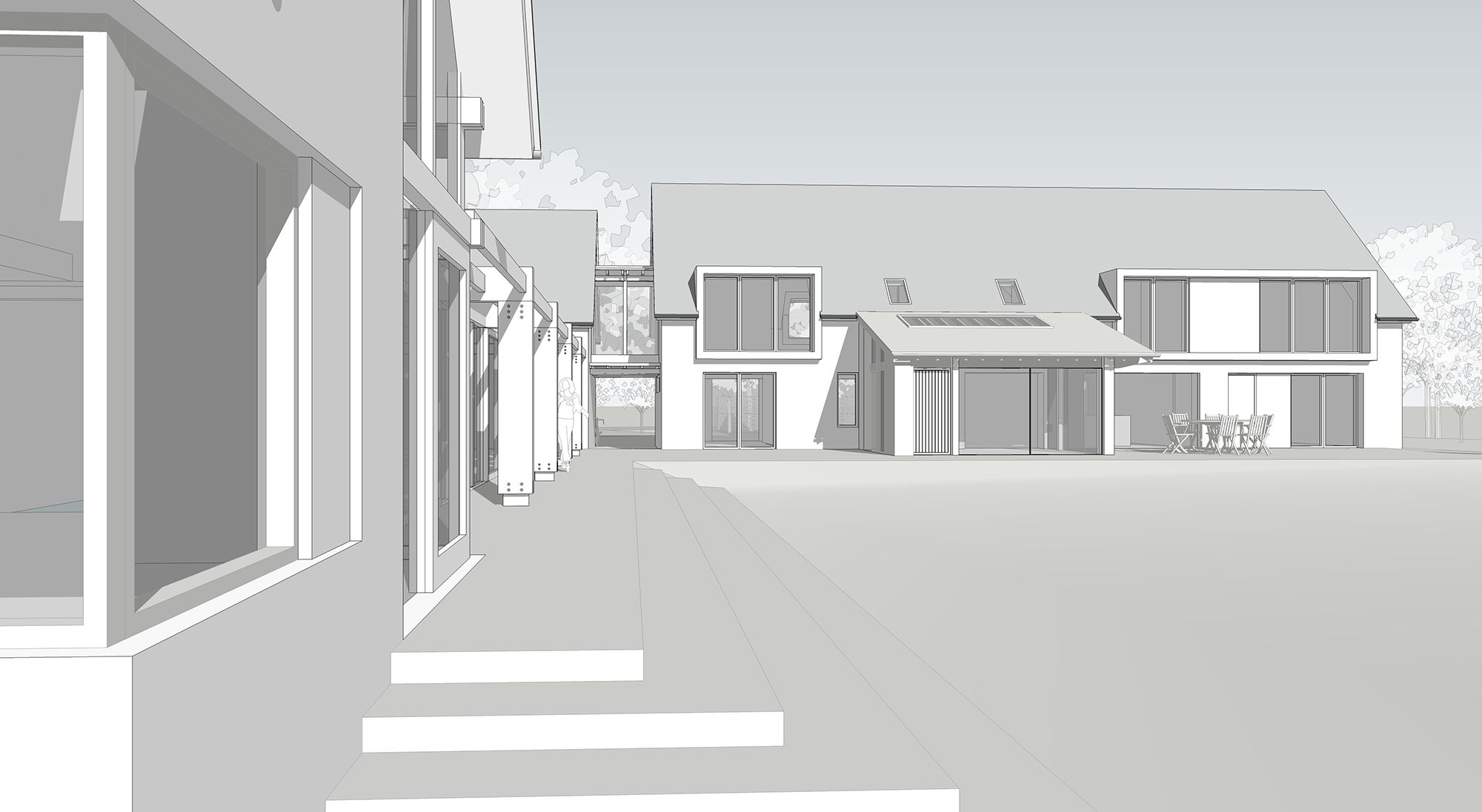 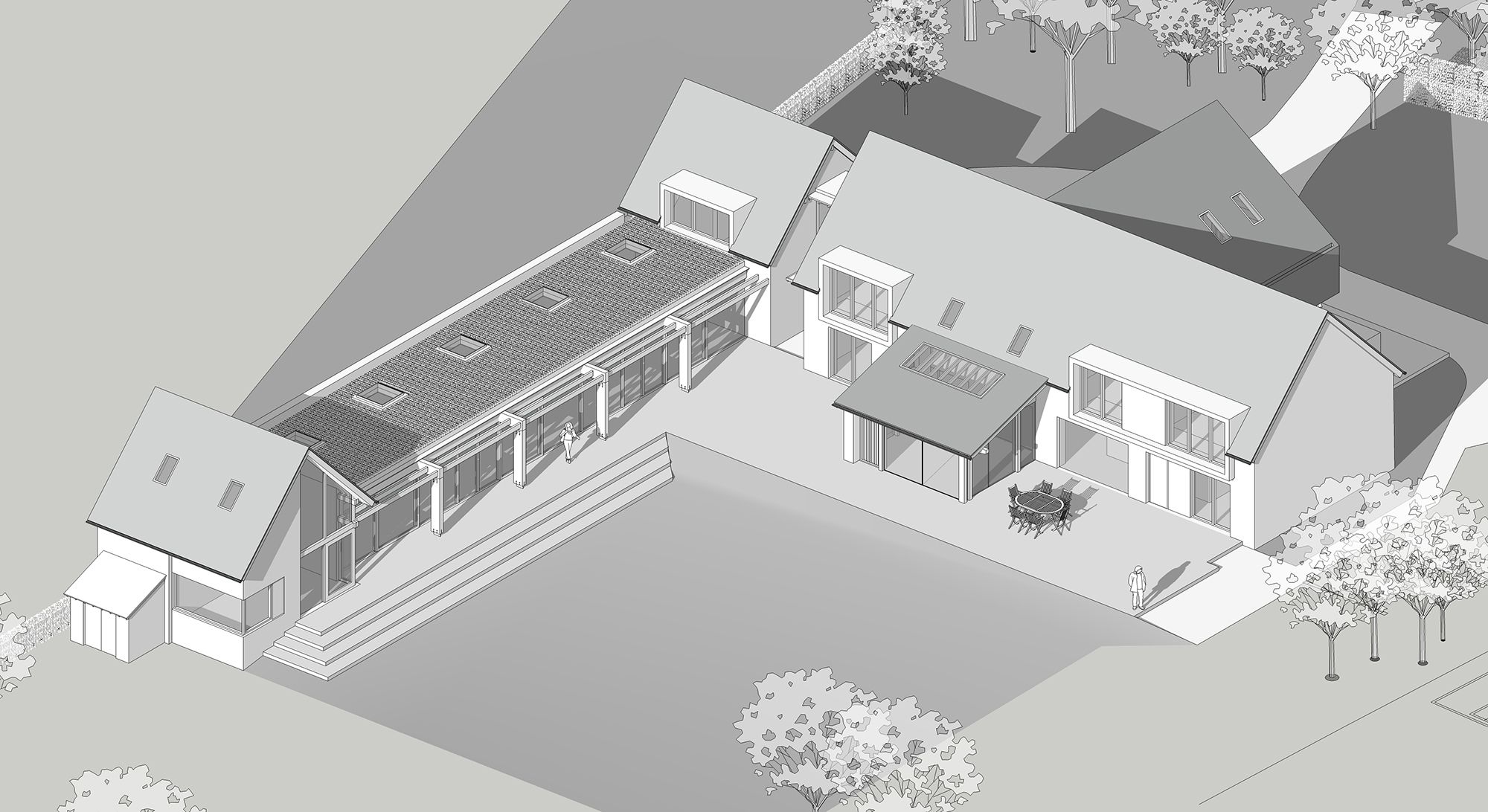